The following article was published on March 28, 2014 by Abby Ellin in The New York Times. See the article in full here.

AFTER Judith Himber’s husband died in 2010, she didn’t know what to do with herself. “It was a stunning loss,” said Ms. Himber, 73, who works full time as a clinical psychologist in Cambridge, Mass.

She was not sure if she would ever want another relationship; her marriage had been long and happy. But after two years alone she realized that she did want a partner. One problem: She hadn’t been on a date in 33 years.

“I felt old, unattractive and the idea seemed ludicrous,” she said. Still, she joined Match.com, JDate and eHarmony, online dating sites. She found it “excruciating.”

“Signing on each morning and seeing that over 100 guys had looked at my profile and none had contacted me was dreadful,” she said.

She also called Peggy Wolman, a matchmaker and dating coach, paying $2,500 for her services, Ms. Wolman’s starting rate. Together, they explored what Ms. Himber, a grandmother of four, was looking for in a mate. Ms. Wolman and her husband, Richard, a psychologist, also administered a personality test and “spiritual inventory.”

“These two profiles help us understand the clients’ values and personality styles,” said Ms. Wolman, who works with clients of all ages. “It may not sound very romantic, but finding love is a numbers game. It’s all about increasing odds and being open to new possibilities.”

According to AARP, 45 percent of adults 65 and older are divorced, separated or widowed. The 60-plus crowd represents the fastest-growing segment in online daters, said Wendy K. Watson and Charlie Stelle, professors of gerontology at Bowling Green State University.

Since its start just over a year ago, AARP Dating, which has teamed with HowAboutWe, a website, to suggest actual offline dates, has attracted almost 60,000 users, said Michelle Alvarez, an AARP spokeswoman.

But online dating can be daunting for this demographic. Unlike younger daters, who are versed in the special etiquette of digital romance, many older people struggle with it. And that’s why some seniors are calling matchmakers and dating coaches to help them make sense of the whole situation.

“A surprising number of older people don’t use computers at all, and many who do aren’t comfortable using them for dating sites,” said Judith Gottesman, a geriatric social worker turned matchmaker who works with Jewish singles of all ages along the West Coast.

About 90 percent of the estimated 3,000 matchmakers in the United States will work with seniors, though not necessarily exclusively, said Lisa Clampitt, co-founder of the Matchmaking Institute, which trains professional matchmakers. But she warns prospective clients — especially women — to ask matchmakers how many older men they have in their database. “Older women often get ripped off with empty promises from matchmakers that they have plenty of men for them,” she said.

One of the big dating challenges for both sexes in this age group is that they are so rusty “they go back to their same awkward self at age 20, insecure and unsure,” said Ms. Gottesman, who charges a $3,600 registration fee that is good for up to three years, and an additional $7,200 once a couple is matched. “They might be very trusting of people and they shouldn’t be. They might think if they kiss them good night they’re going to call. Kisses aren’t promises.”

Even so, on some levels, experts say, dating is easier when you are older. Sure, there is a dearth of men, and people can be set in their ways. But they’re also willing to compromise on what they want. “Many women are much more likely to be happy with a guy who has less money, or even less education, than they would have in their 20s or 30s,” said John Holt, a Rhode Island-based matchmaker who has been running his company, Tri-State Dating Service, for 21 years. “They want companionship.”Peggy Wolman, a dating coach, believes her age helps give her credibility among the senior set.CreditEvan McGlinn for The New York Times

Indeed, companionship is among the top reasons both men and women over 60 seek love, according to research conducted by AARP on what older singles want. In contrast, most of those 50 to 59 were looking for a serious relationship.

Harold Spielman, 86, is the co-author of “Suddenly Solo: A Lifestyle Road Map for the Mature Widowed and Divorced Man,” which he wrote after his wife of 32 years died in 2008 and he found himself adrift. The founder of a market research firm, Mr. Spielman asked 1,600 men and women over 55 about their feelings on love. Among his findings: More than 80 percent of both men and women said that the main reason to couple was “to share life experiences, past and future,” said Mr. Spielman, who lives in Sands Point on Long Island. Though he is dating, “at this point I’m not prepared to remarry,” he said.

Financial considerations are among the biggest reasons people in their 60s and older are reluctant to remarry, said Pepper Schwartz, a professor of sociology at the University of Washington, and AARP’s love and relationship ambassador. Some fret that they’ll find someone who is “only looking for a secure financial harbor to land,” she said.

Many also worry about protecting their children’s inheritance, which marrying could seriously compromise. Those who do want to remarry “come waving a prenuptial at each other,” said Ms. Schwartz, adding that few get offended because they’re mostly all in the same position.

Jerry Slutzky, 61, an estate planning lawyer and certified financial planner in Tampa, Fla., was divorced for 17 years when he called Nancy H. Wall, a matchmaker and life coach. He had gone the online route but wanted real-world support.

He and Ms. Wall, whose fees range from nothing to $10,000 a year, depending on her level of involvement, spent nearly two hours discussing what he was looking for. She introduced him to about 10 women, whom he initially met at a Starbucks or Panera Bread for a 15-minute introduction. Only two of the women were on dating websites.

“These were women I would never have had an opportunity to meet,” he said. He liked a few but did not end up pursuing any long term. He eventually met his wife, Helen, whom he recently married, online. They signed a prenuptial agreement.

When it comes time to go on the actual date itself, some relationship coaches, like Thomas Edwards, will go out on the town with their charges. Mr. Edwards, 28, is the founder of the Professional Wingman, a social strategy consultancy in New York that helps singles develop better interpersonal skills to improve their love life. About 75 percent of his clients are male; rates range from $1,000 to $5,000 a month.

“We put them in social environments where they’re able to meet people and see in real time what’s preventing them from dating,” said Mr. Edwards, who is currently working with a 63-year-old man. “If I notice he’s saying something that’s not going to be great in conversation, I’ll elbow him and say, ‘Change the subject.’ Or, ‘She’s totally checking you out. Go there and talk to her.’ ”

Ms. Gottesman has her own list of first date no-nos: Don’t talk incessantly about — or show photos of — your deceased spouse. Don’t talk disparagingly about your ex. Don’t whip out your collection of diabetes, cholesterol or heart medications.

And don’t give up — something Ms. Wolman had to keep reminding Ms. Himber.

“There were fun moments, but sometimes I just wanted to pack it in and go back to my knitting,” she said.

And then one day, Robert Galvin, 75, a commercial real estate lawyer in Boston whose partner of 30 years had died six months after Ms. Himber’s husband, contacted her on Match.com. They had three dates.

Then on Christmas Eve 2012, Mr. Galvin went to her home for the first time, ostensibly to take her to see the film “Lincoln.” They never left the house.

“We are madly in love,” she said, adding that they do not expect to marry but that she does have a ring. “I could go on and on about the importance of love at this stage of life. Love is possible in old age and necessary for some of us. And there is passion. I thought old folks went for companionship. There is that, but it is a deep, deep companionship.” 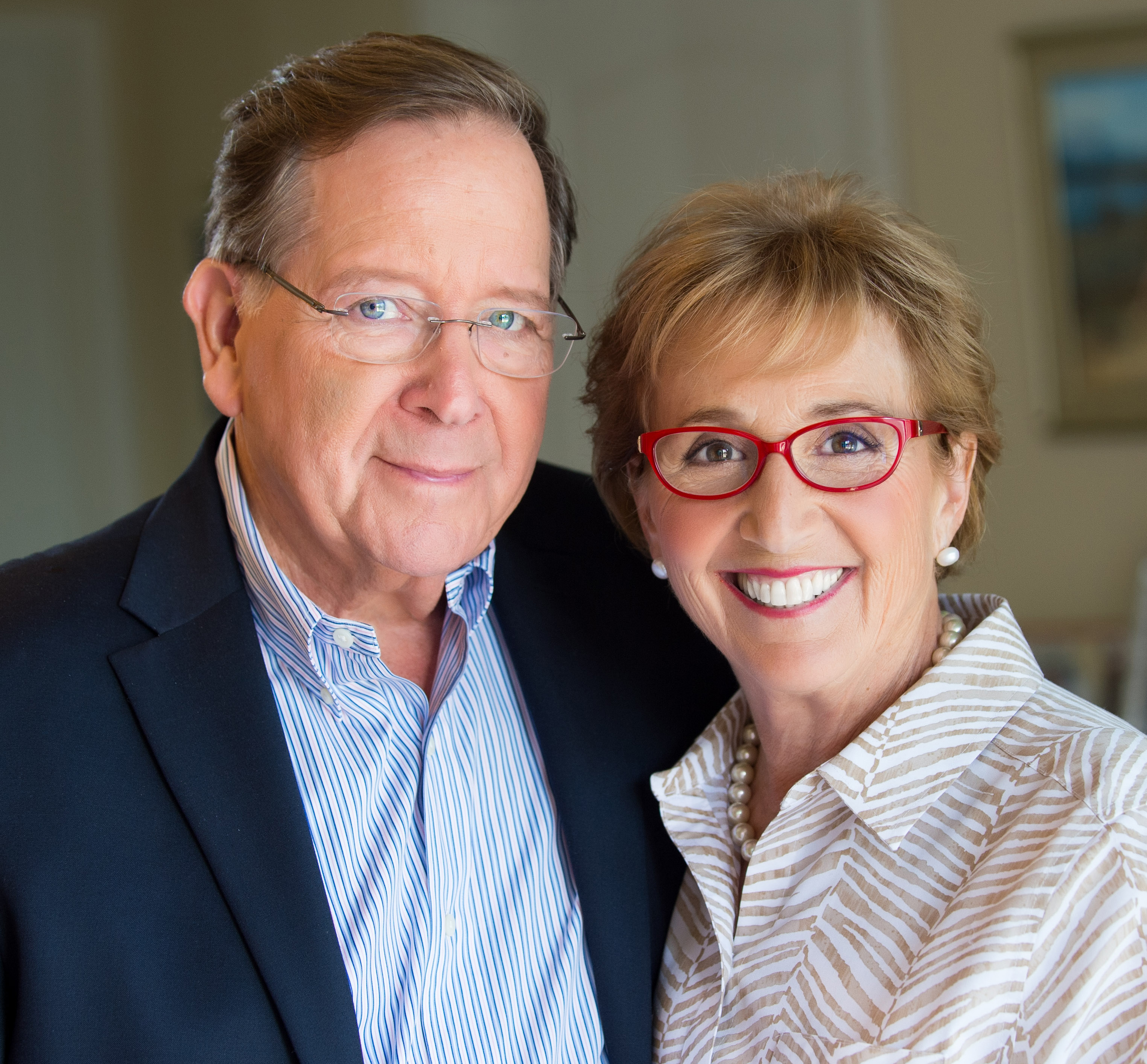